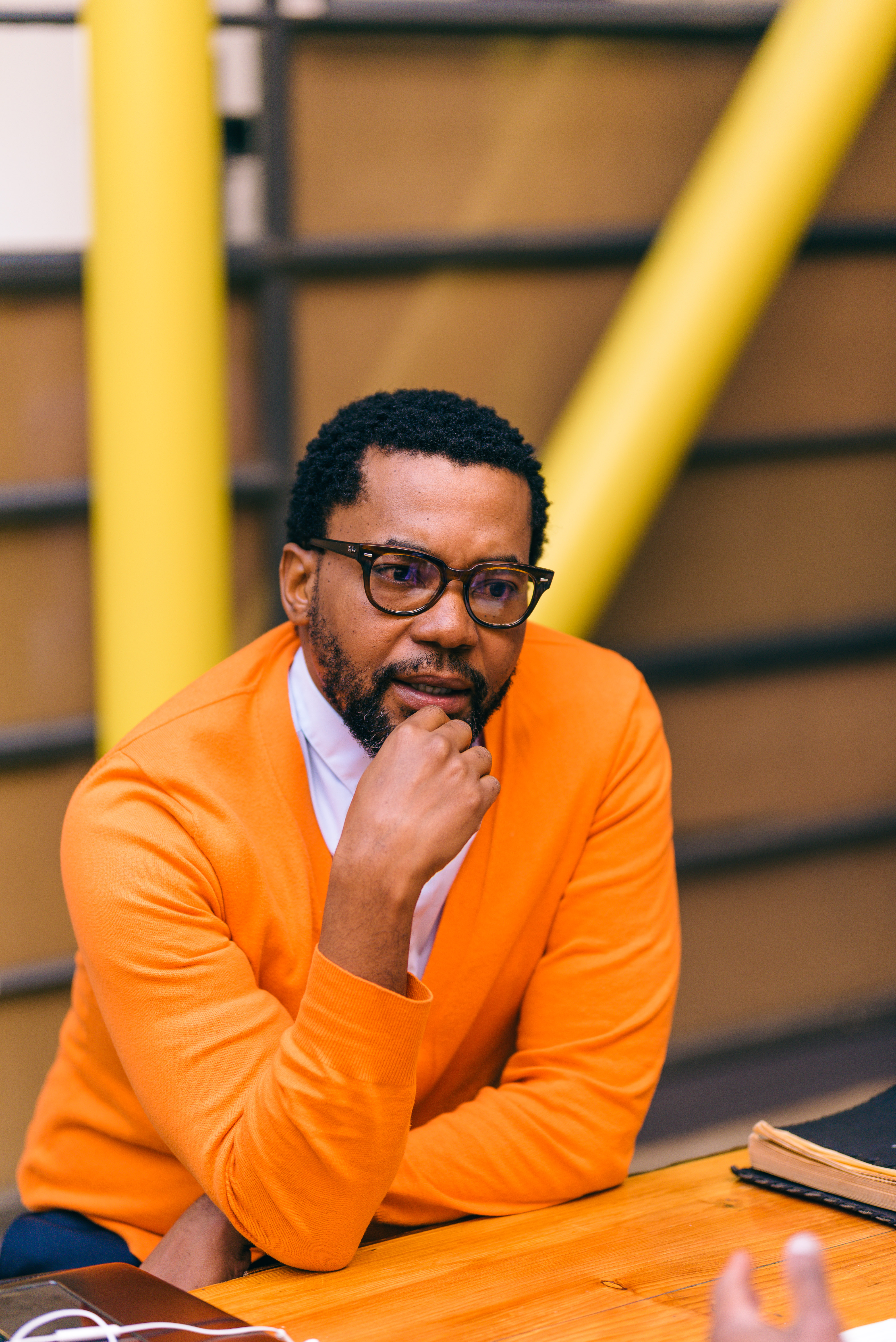 There aren’t a lot of things more daunting than having to write about a writer, a damn good one for that matter. Well fortunately for me, this happens to be a man of multiple talents: writer, editor, social commentator, consultant, entrepreneur, ‘culture creator’, a stylish dresser and an all round cool guy as I got to find out. Meet Siphiwe Mpye! 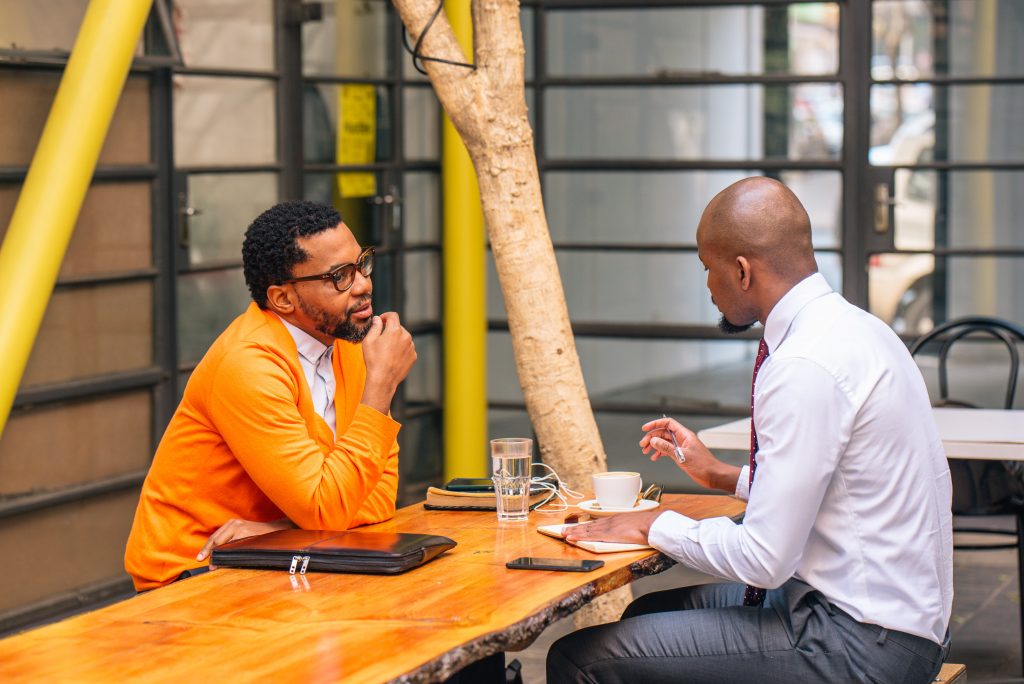 I had the great privilege of getting together for a chat with this versatile literary star, whose oeuvre includes editorial work for publications such as the now defunct BLiNK magazine and GQ, to name a couple. The weather is bright and beautiful, despite it being mid-morning and Braamfontein is already buzzing. All signs say winter is on its way out and spring very much around the corner, making the stylish orange cardigan donned by the soft spoken gentleman sitting across the table from me, all the more suave. Over a cappuccino and a glass of water I finally get chatting with the man whose tasteful dress sense and refreshingly creative writing first caught my attention back when I was still an undergraduate student, two attributes he still possesses in abundance.

Having to make a switch to a multi-racial school in grade 3 forced a young Siphiwe to engage with books in a way he hadn’t hitherto. From the day he picked up his first read, albeit suffering a bit of embarrassment on account of his then limited English proficiency, something was sparked inside him and he has never looked back. He remains quite the avid reader to this day. He positively remembers submitting a brilliant essay in early high school which was quite telling of his then prodigiously imaginative writing ability. From those formative years his star has remained in constant ascent.

So what does such a seasoned writer actually read? I enquire. A lot. That is actually the best way to describe his wide and varied reading interests. From literary fiction and thrillers, to non-fiction and the occasional spiritually stimulating read. Currently re-reading Rian Malan’s “Resident Alien” and Kevin Bloom’s “Ways of Staying” – as he researches a chapter for a book project – he, as I expected, names a not so short list of writers whose work he holds in high esteem, including a host of fairly young and vibrant South African writers: Pumla Gqola, Lidudumalingani Mqombothi, Sisonke Msimang, Bongani Madondo, Nthikeng Mohlele, Zukiswa Wanner, Phumlani Pikoli and Masande Ntshanga amongst many others.

He does not just stop at books. Having started his journalistic career at a newspaper house and blossomed as an editor at leading men’s magazines such as GQ South Africa following an overall impressive editorial chapter as editor of the now defunct BLiNK magazine, good quality publications remain close to his heart. Whilst mindful of the decline in readership for many historically popular newspapers and men’s magazines he is of the view that “print is demanding more of us. It demands that we produce better, more reliable, quality content. Despite the decline in print sales, no matter how much clickbait is out there, good content will always rise to the

top. This is why reputable publications such as The New York Times and The FT Weekend – no matter what their flaws – who took hard nosed decisions about the value of their content a few years ago, have begun to see positive results.”

After getting the distinct sense that given the opportunity, this man could talk about literature and writing the whole day, I decided to move the conversation to something else he is known for, his impeccably stylish wardrobe.

TGA:  you have been stylish for a very long time, for as long as I can remember really. I actually cannot recall the year you were named as one of GQ’s Best Dressed Men! With fashion trends constantly evolving how do you manage to keep your style fresh and relevant? 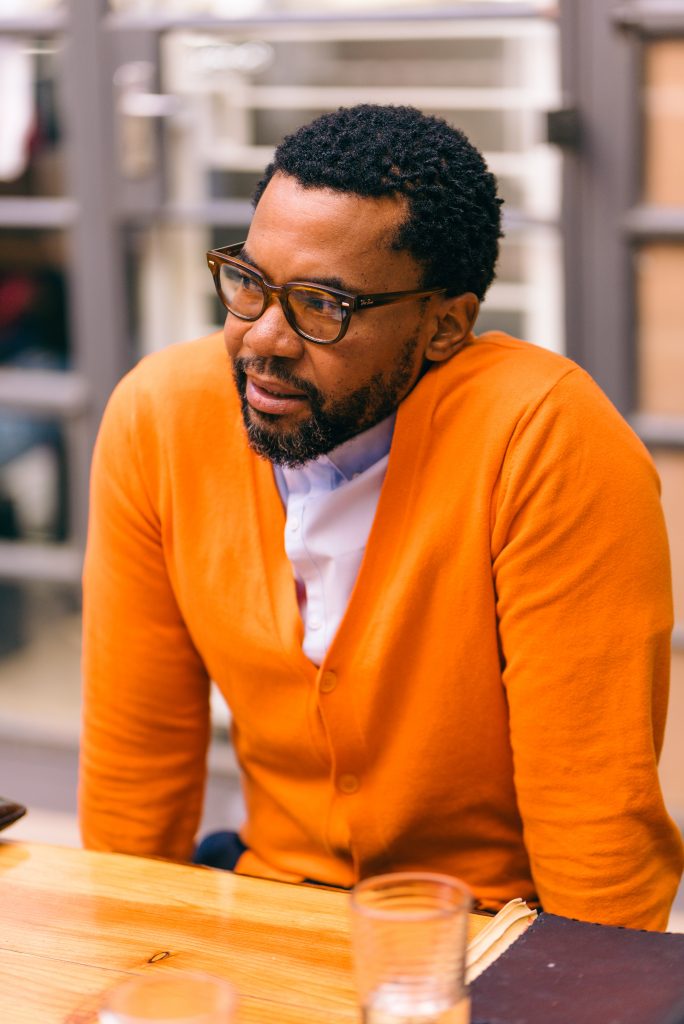 Siphiwe: I don’t take it too seriously, which allows me a sense of freedom to try different things, or not. Black, white, navy and grey are my standard colours, with some pops of colour here and there. I also don’t keep a lot of clothes which actually helps in the tussle for space at home.  I don’t think I could ever be a dandy, I am not that invested in clothing and have never been an accessories person; I am quite the minimalist. Having said that, one must have a sense of occasion and think about the sort of message you want your clothes to convey.

TGA: Having established that you dress with effortless style and elegance, you write with consummate flair and you are an all round cool guy, I would like to ask you a slightly unrelated question: gender politics has never been under a sharper focus than it is in 2018. I can’t help but wonder if you are feminist or not?

Siphiwe: There was a time when I would have said no I am not. That period was followed by a time in which I would have coyly said yes I am, but right now I would say I am an aspirant feminist. I mean that I am a feminist to the extent that I believe we are all equal and I appreciate the need and importance for gender justice. I think of myself as an aspirant feminist because I am not yet sure if I measure up. I haven’t figured it all out. I am not sure I ever will, and that’s ok. You can’t just read a bell hooks book or listen to ‘Lemonade’ and then proclaim that you ‘get it’. There are so many nuances.

I try do a lot of reading and listening, especially listening. As men we need to talk less, and listen some more. We tend to debate to win, not for understanding.